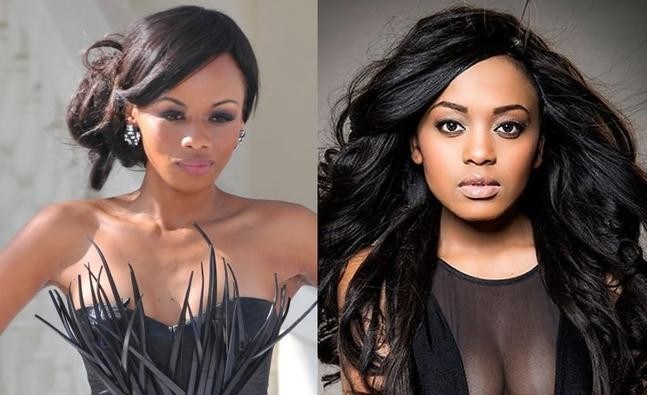 Lerato Kganyago was minding her own business on Twitter this week when a tweep accused her of stealing Bonang Matheba’s idea. The Twitter user told Lerato and her The Bridge co-host, Dineo Ranaka, to remove the Ask A Man segment from their Metro FM show as the idea belonged to Queen B.

“@METROFMSA #TheBridge Ya we had enough with Ask A Man tlhe, can’t y’all @dineoranaka, @Leratokganyago be creative and come up with something fresh. Phela since it was started by @bonang_m ages ago. Make a plan,” he wrote.

Ask A Man came up during the days of Sis Azania, which actually belongs to the station but continue with your ignorance my love….we enjoy it ❤️ https://t.co/mbx99o3E1I

We’re not surprised that Lerato was quick to set the record straight.

Bonang famously left the radio station in 2017 after a line-up change saw her having to share her show with Lerato. Within hours of the shakeup, Queen B announced she was resigning.

But the 32-year-old insisted it was not because of Lerato. Queen B claimed Metro FM officials only told her about the changes an hour before she was about to go on-air.

Some Twitter users blamed Lerato for Bonang’s dramatic exist. Lerato described the day as one of her “darkest” moments in her radio career.

@METROFMSA #TheBridge Ya we had enough with Ask a man tlhe, can't y'all @dineoranaka, @Leratokganyago be creative and come up with something fresh.Phela since it was started by @bonang_m Ages ago.Make a plan I know you can I trust you my Beautiful Sistaz..👏

… on that day and I got blamed for her leaving the show…  it was very tense… And I thought, ‘you know what another teething phase, we’ll be okay by tomorrow’. But, uhm, it was just awkward,” she said during The Drive on Metro with Mo Flava and Masechaba Ndlovu earlier this year. Lerato was quick to dismiss any beef with Queen B during the interview. She said she has “so much respect” for B.

Talk of a baby got Mufasa’s fans talking after Thobeka, who is the daughter of a wealthy Durban businesswoman, commented on one of his pictures.

Tito Mboweni hitmaker shared a of himself in the gym on Instagram this week and gave his fans an update on his next ‘Fill Up’ concert. Fill Up 2019 loading…… We 80% now!!! Time to put in this work!!!! he captioned the image..Read more here