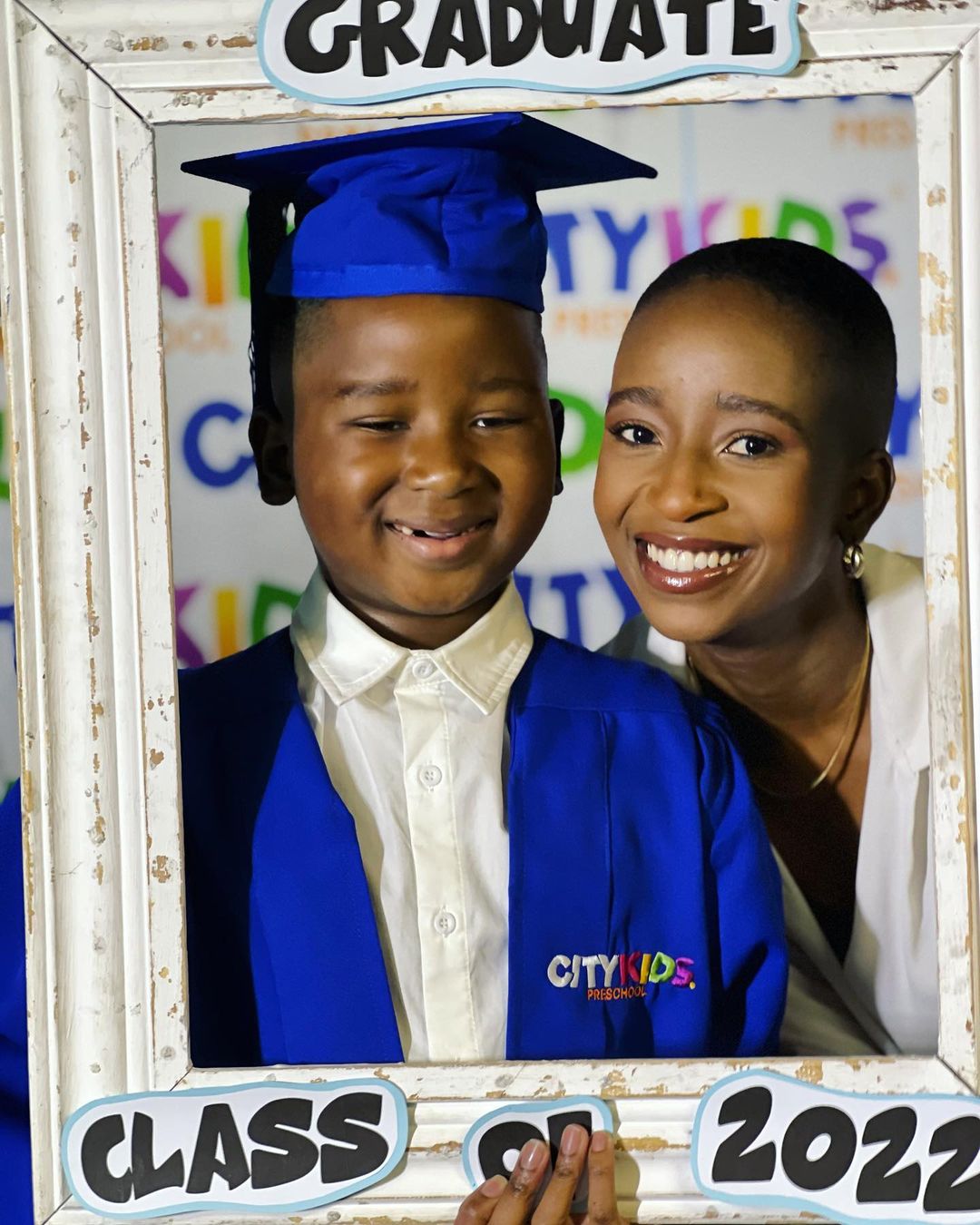 TV host and entrepreneur Moshe Ndiki is a proud dad after his son graduated from pre-school.
Moshe took to his Instagram account to share the exciting news, and publicly congratulated him.

He shared a series of pictures from the graduation ceremony and captioned them “PUT SOME RESPECT ON MY NAME! I’M A FATHER TO A GRADUATE!” “Ahhhh my boy, I love you and so proud of you, continue in the path of the lord, we love you and support you. IT TAKES A VILLAGE.

@lukhanvisosoci @bulelwaso thank you for allowing me to be a part of this journey, and thank you for your love and updates. WE DID IT!” He wrote. Moshe has been enjoying the fatherhood journey and we love to see it. In 2020, he shared the heartwarming news that he became a father to a boy through surrogacy. Gushing over his son, Moshe took to Twitter to announce that he was finally going to be a father.

“I prayed for you, longed for you, Thalanda Ilanga Ntaba Alexander Ndiki. (Tina) Thank you to my doctor, my fertility clinic, my friend Sabelo who helped me start, and my surrogate, what a journey we have traveled and still to travel… I’m gonna be a dad!” he exclaimed.

At the time he welcomed his son, Moshe was married to Phelo Bala in a secret ceremony at Home Affairs, attended by family and friends. Their private engagement and wedding had fans shocked when they first found out.

But their union got tainted by abuse allegations with Phelo alleging Moshe abused him. Afterward, Phelo started posting another man but we cannot help but think that it was a publicity stunt because they became lovey dovey all over the timeline.

But their divorce was made public by Moshe who said he is not left discouraged and will marry again. In an interview with Isolezwe, the TV host confirmed that their marriage has ended. “As a person who was previously married, I will get married again because I love marriage and love. The problem is not in love or marriage, it’s with people,” he said.

This was after they celebrated their anniversary and where Moshe gushed over Phelo after two years of getting married. “Happy 2nd year wedding anniversary, love @moshendiki. Can’t believe we’ve made it this far…I think you don’t know how strong you are to handle someone like me until Moshe tells you so. I’m an extremist and at times a gentleman. Sometimes I’m laughing with you, other times I’m so wrong but you try your best to keep us going. I love you and I mean it! I pray that God keeps you around with me in time for you to see His glory in my life,” he captioned the post.”

50 Cent‘s hit STARZ series BMF has received an official release date for Season 2, along with an action-packed, star-studded trailer to set the tone. The popular series is set to make its return on Friday, January 6, arriving on the STARZ app at Midnight and airing on the cable network at 8:00 p.m. EST. Learn more