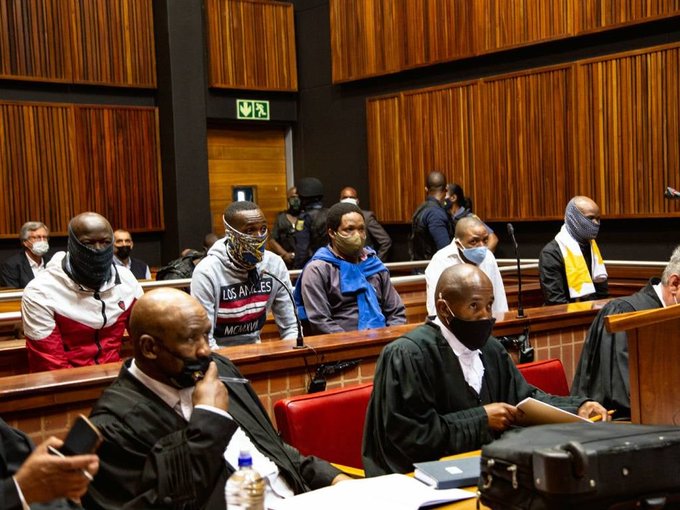 The trial has been moved to May 2023 after accused number 1 and 2 sought the services of a new defense lawyer.

The late football star was gunned down at his baby mama’s home Kelly Khumalo.

The court was expecting a new witness to take the stand after Tumelo Madlala completed his testimony last Friday. Sibiya and Ntanzi are no longer represented by Advocate TT Thobane who was representing four of the five accused.

Advocate Sipho Ramosepele confirmed his appearance on behalf of the two. Ramosepele told the court that he received instructions from accused number 1’s father on Thursday whilst busy with another matter.

“The instruction I got first was from Mr Sibiya, the father of accused 1, and his instruction was that they want me to inherit the matter with respect to accused 1 and 2 from Thobane,” said Ramosepele.

In other news – Video: DJ Zinhle and Murdah Bongz DJing together at a show

In a video shared on social media, the couple who are known to have their solo career decided to jointly perform together. Cameras were on them as people gushed over their love and marriage. The video garnered lots of views with sweet comments from viewers. Learn more