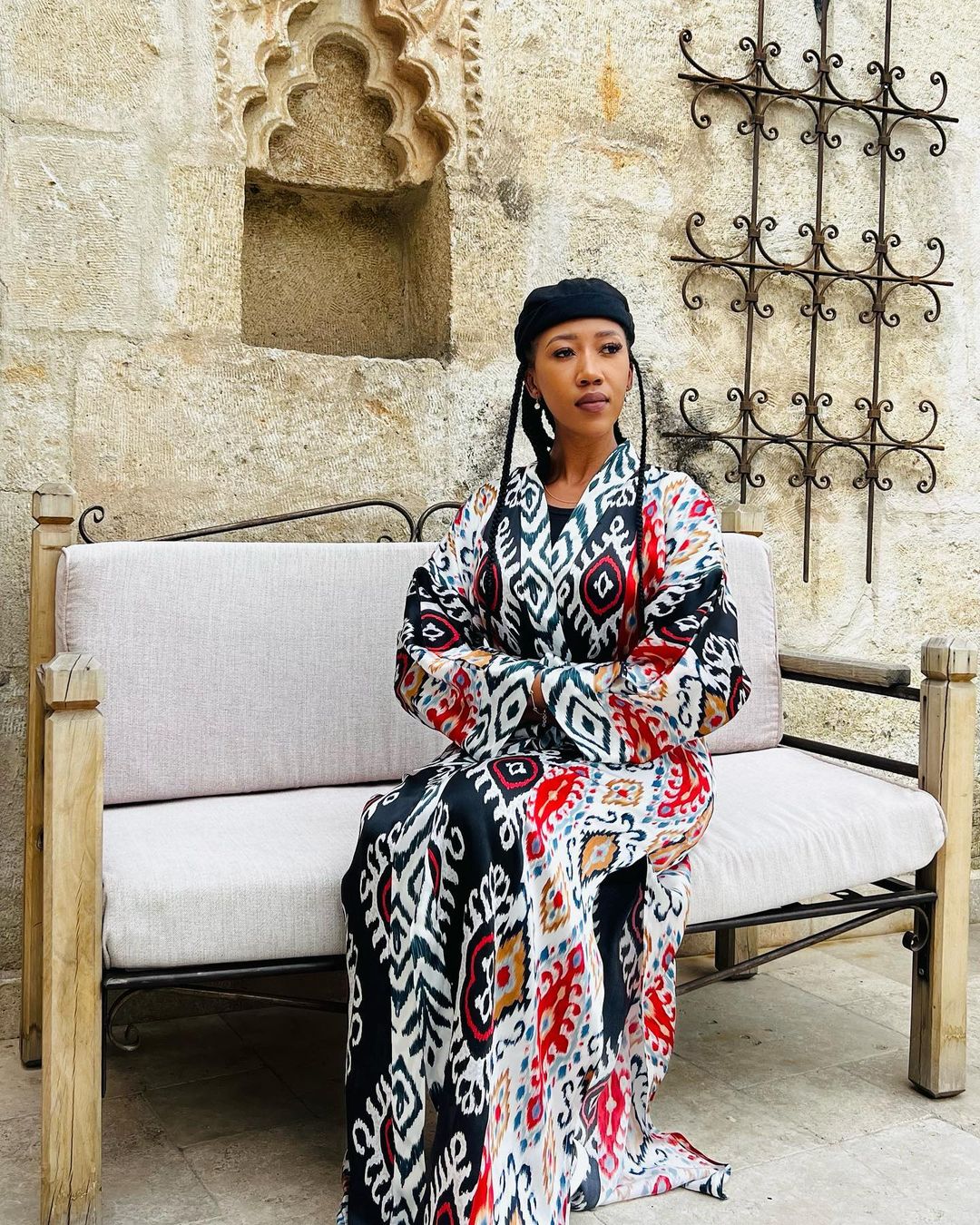 With just a little over a year being with the Etv’s favorite telenovela Scandal!, award winning actress Sihle Ndaba bids farewell to the show. Taking to Instagram, the actress could not be more happier to announce the news of her departure. The former Uzalo and Gomora actress exits from Scandal came unexpectedly as she was still warming up her character to the viewers and fans of the show. Ndaba who has a very long acting career seemed very happy with her departure from the show.

Taking to Instagram, Ndaba shares the news of her exit on the show. In a short boomerang video she posted, Ndaba is beaming with joy and excitement after she delivered a stellar job, playing Dudu Kubheka.

Ndaba’s character while playing a lesbian was one of the iconic roles, especially during a time where education around gender and sexual orientation is at its peak. Viewers fell in love with her character because it was very laid back yet relatable.

Her role as the businesswoman, who held a very high position in the family company was breaking boundaries and stereotypes, from the usual lesbian roles on television. The viewers were just as astonished by the fair and equal representation of the Queer community.

Although Ndaba is not gay in real life but she once mentioned that this role was challenging yet educational as well for her. She really had to dig deep within her artistry in order for her to offer her fans and viewers a character that was researched and fully-fledged.

Some of Sihle Ndaba’s industry friends, actors and actresses have congratulated Ndaba for her incredible artistry while portraying the role of Dudu Kubheka.

Evidently, it is still bitter sweet for some of her fans and viewers of Scandal, as they have come to love and enjoy her on their television screens. Also, Sihle Ndaba’s exit comes after the shocking exit of Nomvelo Makhanya who has been portraying the role of Lindiwe for years.

takarani_wrote “😂😂😂l love you but my heart was broken last night Shem . After Lindiwe’s death and now this 😭”

ruth_nashe wrote “You will still be my favorite dude🔥🙌”

Even Nomvelo Makhaya shares a heartfelt note to Sihle Ndaba, following her exit on Scandal. Sihle Ndaba responded to Nomvelo Makhanya with heart emojis and called her lunchbar, which could only be nickname perhaps on set.

Dudu exited the show as she was leaving for France after she got a better job offer. Before leaving, she was still conflicted between getting back with her ex Lera, meanwhile she was already engaged to Bridget. She did the unthinkable when she left Bridget and went ahead to fly alone to France after turning down Lera’s proposal to marry her.

Big Xhosa has taken to his Twitter to weigh in on Nasty C’s viral Metro FM freestyle. Nasty has received praise from his followers despite always taking shades at other rappers. learn more