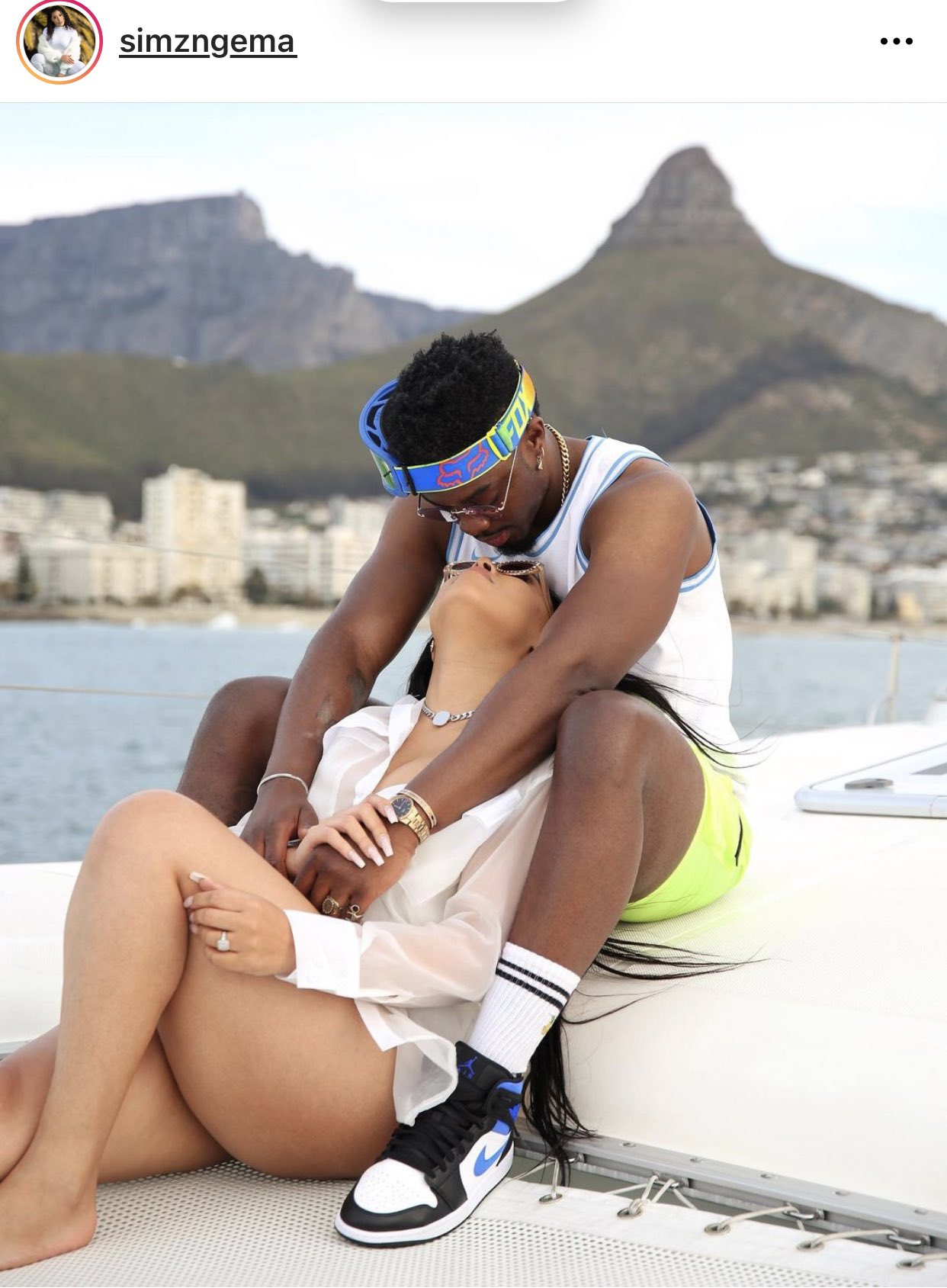 Simphiwe Ngema and Tino Chinyani are back to being lovers after announcing their break up in September.
“An end to a beautiful love story,” she kicked off the announcement two months ago. “This has been one of my greatest experiences, a beautiful love story of two people fighting all the odds to be together. I have learnt to love again, to feel again, to live again and to smile again. I will forever be grateful for Everything you have taught me,” she added.

Before their split, the two welcomed a baby boy and they made it known that they will remain friends and parents to their son.

However, photos of Simz and Tino have a swell and romantic moment in the swimming pool as gone viral on Twitter.

People are shocked at how quick they reunited; the photos also triggered lots of thoughts and feelings.

Meanwhile, Simz and Tino are yet to publicly announce their reunion as they have chosen to keep things private, though, social media users seem to have dug out their secret.

In other news – Cornet Mamabolo to exit “The River”

The star who joined just a couple of months is making his way out of the show. However, Mamabolo is set to take yet another break from acting to focus on some of his other business endeavors. Mamabolo who was portraying the role of Lerumo on The River will exit unexpectedly which was come as a shock to many of his fans and those of the show. learn more